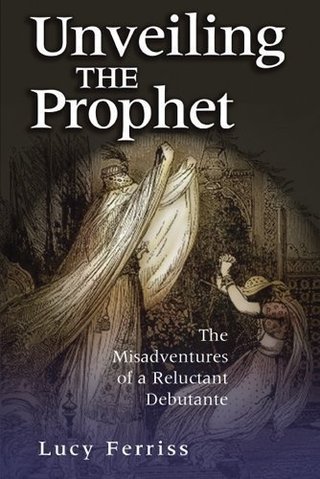 Unveiling the Prophet: Behind the book

In the autumn of 1972, Lucy Ferriss, then a college student in California, was preparing for the Veiled Prophet Ball at which she was to be presented to St. Louis society. Once the largest cotillion in the country, the invitation-only ball was unique among society events not only for the legend and mystery surrounding its namesake but also for its setting in a public, taxpayer-funded arena and for its accompanying parade.

In the late sixties and early seventies, with racial tensions at a boiling point and urban renewal failing, the exclusively white male Christian membership of the Veiled Prophet Society and the Veiled Prophet’s costume—eerily reminiscent of a Klansman’s—attracted the ire of ACTION, a militant civil rights group. Before the 1972 ball, ACTION founder Percy Green, himself a native St. Louisan, sent letters inviting all of the debutantes to join in the protest: “ACTION understands that you hate being part of this upcoming white racist Veiled Prophet Ball as we hate you being forced to participate by your parents.” The letter didn’t persuade Ferriss, who felt she owed it to her father to participate. She wrote back: “Don’t you have bigger fish to fry? This is just a stupid party. We are slaughtering people in Southeast Asia. Let this one go. It will fall of its own weight.”

But ACTION did not let this one go. On the night of the ball, as Ferriss bowed in obeisance to the crowd and took her place on the stage, a woman swooped down onto the stage and knocked off the Veiled Prophet’s hat and veil, revealing his identity. In the era of monumental Vietnam War protests, unmasking a wealthy and powerful old man might have seemed a feeble act of revolution, but this act forever changed the Veiled Prophet Ball in St. Louis.

Ferriss’s memoir blends regional history, national history, and her own personal history to create a fast-paced narrative that follows two time lines. One is the dramatic and often funny story of her attending the exclusive ball, having eaten half a pan of marijuana brownies beforehand, with a Jewish hippie who smelled of “unwashed beard.” The other story takes place thirty years later as Ferriss returns to St. Louis from her home on the East Coast to track down some of ACTION’s principal activists as well as key figures in the Veiled Prophet Society.

Over the course of this engaging story, Ferriss undergoes her own unveiling, as she discusses and comes to terms with her family; the past, present, and future of St. Louis; and the cultural politics that frame young women’s entrance into society.

What people are saying

Skillfully intertwining regional history, national history, and personal experience, Ferriss… tells this bittersweet but often laugh-out-loud funny tale…. Unveiling the Prophet touches lightly but evocatively and perceptively on a range of subjects from the past, present, and future of St. Louis to the ferment of racial, sexual, and cultural politics in the seventies to the way one eloquent woman looks back with affection and a bit of regret at her younger self, her family, and the social world that shaped her youth.

The book's most wonderful aspect is its sharp humor and dazzling writing. Smart without being stuffy, incisive without being pedantic, Ferriss's exploration of St. Louis's Veiled Prophet Ball is a must read….Unveiling the Prophet reaches across decades to reveal an arcane society's dark secrets, to explore racial and economic injustices—and to tell one hell of a good tale. This is one of the best books of the year, period.