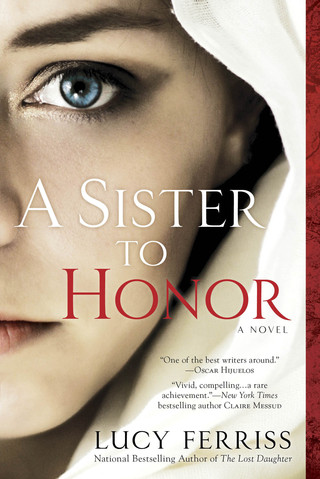 A Sister to Honor: Behind the Book

The idea for A Sister to Honor came close to home. Trinity College, where I teach, has the best squash team in the country. Its players hail from wildly different cultures and religions, and yet they bond as a team in order to succeed. Through my own family, I’ve learned about international sports and competitive sports scholarships to American universities; I’ve also known many coaches who care deeply about their players but are torn between what’s best for the player, what’s best for the team, and what it takes to win. As I observed the Trinity team, I wondered: What if a talented squash player from a conservative culture got a scholarship to an American university, and persuaded his family to let his younger sister, a brilliant girl with ambitions to become a doctor, come with him to the United States to study? And what if that sister were to fall in love?

At that point, in mid-2012, I realized I could not invent the answers to my questions. I had to go to the source, and ask the people who could supply the answers. So I traveled to the Pashtun area of Pakistan, where the best squash players in the history of the sport have originated, and where the Taliban also originates. I experienced the warm, almost limitless hospitality of the Pashtun people. I came to understand something of their history and their current struggles. I lived with families and spoke with men and women, young and old, about family structures, the relations between men and women, courtship, marriage, and sex. I had some difficult encounters too, with people who felt demonized by the West, who felt we condemned centuries-old practices of worship, of social relations, of love and marriage, without bothering to find out for ourselves or to look hard at our own shortcomings. No one condoned violence. They all loved their families. And they felt sorry for me, a single working mother who was bringing up my sons in an atmosphere far from extended family support. Not everyone was eager to trade places.

And yet the fact of honor violence is not just a sensational item in Western news headlines. It lurks behind the tapestry of culture that I came to appreciate in Pakistan. The huge value placed on family means that individuals, mostly women, can put themselves at risk by defying the family, just as the huge value we place on individual rights means we may see an assault weapon in a toy store. Some suggest that we’ll never end honor killings until we rip apart the fabric of the society that condones them. I sat down to write A Sister to Honor, not to give an answer to that question, but to express how it might feel to step out of that tapestry into the bright amazement that is American culture, with devastating consequences.
This is a novel about Pakistani people in America, but in the end, it is also a novel about America. About our own sense of honor, in sports and in love, and where and how we compromise it. About the risks we take with our ambitions, and with our hearts. I hope you enjoy it.

What people are saying

Ferriss fills one family's story with the elements of a political thriller. The well-drawn characters and believable settings lead readers to some understanding of how these young people are torn between tradition and modern life.

Ferriss beautifully explains some of the emotions and logic that make the foreign familiar. . . . Ferriss develops her plot so carefully that readers are swept up in the fear and guilt felt by both Afia and Shahid.

It's tricky business writing about honor killing, [but] Ferriss presents a thoughtful and nonjudgmental look through the eyes of a young woman for whom it is a reality. . . . This is an insightful and thought-provoking foray into a world so different from ours.

A Sister To Honor is more than a story about a brother and sister who leave their homeland and learn a new culture and freedom in the United States. Lucy Ferriss paints a vivid picture of a tension-filled cultural divide between family and self. . . . Ferriss provides the reader a smart, thought-provoking, emotional and compelling read. You won't find easy gimmicks. You'll read a novel with intricate relationships and characters to care about.

Vivid, compelling, as ineluctable as a Greek tragedy, A Sister to Honor illuminates the complexity of globalism's cultural disjunctions. Lucy Ferriss's nuanced insight enables us to see this story from all sides -- a rare achievement.

A young woman touches a man's hand, and her family decides she will die. This brave novel makes sense of honor killings, a custom so horrific that it's hard to contemplate in the West. Though uncompromising in her vision, Lucy Ferriss is also generous, large-hearted. A Sister to Honor is not just about hate and violence, but also about love in its many forms.

A Sister to Honor reveals that the walls between distant cultures and our own are porous. This lyrical novel wrestles marvelously with the basics--love, death, guilt, shame, strength. An urgent and ultimately political work of literary fiction that is also a brilliantly paced page-turner.

--Amitava Kumar, author of A Matter of Rats

A powerful exploration of faith, family, and the deep cultural divides that threaten to destroy these in our modern world. Ferriss has written a remarkable novel that strikes the perfect balance between the global and the personal.

A collision of cultures between star-crossed lovers redefines the meaning of honor in this modern-day literary thriller.

—A. Manette Ansay, author of Good Things I Wish You